Today, I joined a room full of fashion influencers at a school in South London as part of charity Education and Employers’ Inspiring Women campaign.

Chaired by Miriam González, Partner, Dechert LLP and Alexandra Schulma, Editor of Vogue, the event brought together over 20 talented women from all aspects of the fashion industry, together with school girls aged between 11-17 years old for a morning of career speed mentoring.

Opening the event Miriam Gonzalez confessed to feeling nervous about meeting the team of fashionistas who included model Daisy Lowe and Caroline Rush, the CEO of the British Fashion Council.

Once the mentors had been introduced a bell signaled the start of the speed mentoring which saw each influencer share their career advice with the young women. 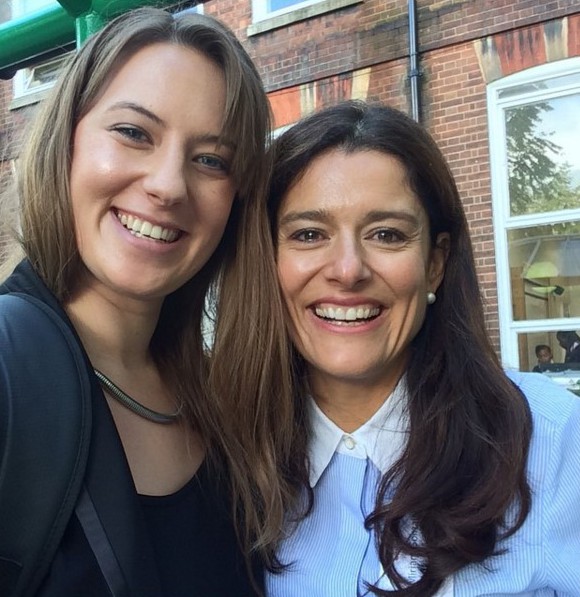 Obviously, I couldn’t resist a selfie with Miriam Gonzalez!

I joined in with Daisy Lowe who told the girls “I’m not just a model I act, cook, design and DJ. I like to keep myself creatively engaged as, as a model you often represent someone else’s creative vision.”

All of the women involved in the event have pledged to volunteer one hour a year to similar gatherings, talks and sessions to support young women in their local schools.

Fancy getting involved in the Inspiring Women campaign? From ‘first jobbers’ to experienced CEOs, across all jobs and professions Education and Empolyers is aiming to sign up 15,000 volunteers to pledge just one hour year to talk with kids about their job/career in a local school. You can register online here.